Our response to cyberbullying on Chatlands 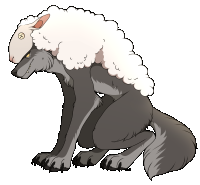 Our response to cyberbullying on Chatlands

There's a rumor going around saying that if anyone says anything even slightly negative about a user, they will be permanently banned. It pains me to have to respond to this, because it's not something we would ever do, but we don't want anyone to be left with that impression.

This rumor may have started when someone made this claim and shortly after that they were banned. This person had been warned that if they continued to engage in bullying another user, and we received credible reports about it, we would permanently ban them on all Chatlands servers. This policy is still true, even if the bullying behavior happened "off site" on other services such as Discord, provided there are credible reports. I said something to this effect after there was a continuous stream of attacks going back to before September 1st and there had been multiple warnings. This is an existing Chatlands policy, it is done at a Chatlands Guardian level, and it is done only after a careful investigation.

Please realize that we are not trying to drive people away from our community, but rather that we want to keep our community safe for all of our users. If a group of people chooses to single out an individual and attack them, and if some of those individuals are placed on ignore but then work to get around that ignore, and if they continue to say vicious and untrue things, we simply can't overlook this type of behavior. We consider cyberbullying to be a serious problem that can have real life consequences.

So if we have credible witnesses to this, we will act. We are standing by that position, and if anyone has any questions or concerns about our approach, please send me an email or contact me on Discord and we can talk about it.